Bird is a startup company that would launch its Scooter Rental program for Persons with Disabilities (PWD) in New York City, offering a service that helps in mobility and going around the city. The pilot program’s base of operations would be in the Big Apple, but if the app soars and takes off, it may be distributed to other cities or states which need it.

There have been a lot of health startups that have focused on the wellness of people amidst this pandemic, including that of the fight against Obesity with the magnetic jaw lock device. 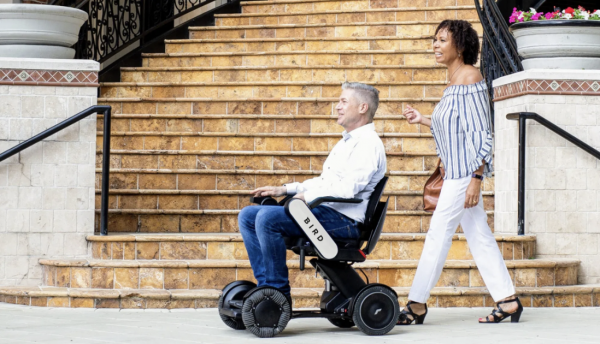 In the name of health and wellness, especially for everyday processes, there is a scarcity of companies that offer rental services for people who needs them the most. Good thing is that there are still some who ventures into these kinds of startups and tech, providing the needs of a great number of people who belong to the disabled community.

A company called “Bird” has recently launched their upcoming service which offers a rental scooter that is intended for the mobility of physically disabled people, particularly those with difficulties in walking. The scooter was a venture with Scootaround, and it can be rented for up to 14 days via the application, where they could pick up and drop off at any time.

Sometimes, users cannot afford to buy a mobility scooter, or they may be in a certain place for a limited time only, like traveling to the city of New York.

This venture would come in handy, especially as it can be accessed via the Bird app for reservations, and reminders when it needs to be returned.

The venture will make use of Scootaround’s WHILL Model Ci2 power chair, but Bird will only have a limited number of available chairs for its pilot program in NYC, with only three scooters in circulation. Also, there are no prices revealed by the rental service yet, but according to Gizmodo, Scootaround initially rented it for $125 to $195 for a week.

Users would have a chance to choose between a three-wheel and four-wheel version from Bird and Scootaround, and both would have baskets underneath the seat for cargo to carry. Additionally, the chair focuses on ergonomics and comfort for its users, surpassing that of common designs for mobility scooters.

When Will it Come to Other Cities?

Bird’s current program is limited to New York City and is still in its pilot phase. Not to mention, the limited scooters it has that are readily available to rent in the current, on its run in NYC.

There are no announcements whether when will the service be available to other cities and states, but that is what Bird plans for the services’ future.

Related Article: This Microchip Can Analyze Your Stress Hormone Levels Through a Drop of Blood Within Minutes

This article is owned by Tech Times

ⓒ 2021 TECHTIMES.com All rights reserved. Do not reproduce without permission.